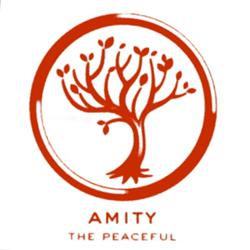 Amity is the faction that dislikes war. They formed Amity in order to have a peaceful society free from conflict and sadness caused by wars and instigation. They don’t recognize a leader but use Johanna Reyes as their representative or “mouthpiece”. They are truly a democratic faction, voting on everything, almost unanimously. Their bread has a peace serum in it to prevent Amity’s faction members from fighting.

Traits: They love music, art, games, and laughter. They give hugs when greeting.

A son says to his mother:

“Mother, today I fought with my friend.”
His mother says: “Why did you fight with your friend?”
“Because he demanded something of me, and I would not give it to him.”
“Why did you not give it to him?”
“Because it was mine.”
“My son, you now have your possessions, but you do not have your friend. Which would you rather have?”
“My friend.”
“Then give freely, trusting that you will also be given what you need.”

A daughter says to her father:

“Father, today I fought with my friend.”
Her father says: “Why did you fight with your friend?”
“Because she insulted me, and I was angry.”
“Why were you so angry?”
“Because she lied about me.” (In some versions: “Because I was hurt by her words.”)
“My daughter, did your friend’s words change who you are?”
“No.”
“Then do not be angry. The opinions of others cannot damage you.”

A husband says to his wife:

“Wife, today I fought with my enemy.”
His wife says: “Why did you fight with your enemy?”
“Because I hate him.”
“My husband, why do you hate him?”
“Because he wronged me.”
“The wrong is past. You must let it rest where it lies.”

A wife says to her husband: