I’m pretty sure you all remember that duology set in space Veronica announced she was writing a while ago, right? Well, Entertainment Weekly revealed the title and cover for the first book comig out next year, and we think it cannot get any better:

The tagline, which reads “Honor has no place in survival” leaves us wondering what this entire books is about, but no need to stress it out, as we also got to know a bit more about the plot:

On a planet where violence and vengeance rule, in a galaxy where some are favored by fate, everyone develops a currentgift, a unique power meant to shape the future. While most benefit from their currentgifts, Akos and Cyra do not — their gifts make them vulnerable to others’ control. Can they reclaim their gifts, their fates, and their lives, and reset the balance of power in this world?

Even better, you can meet the characters and read an excerpt of chapter 7 right here!

We can’t wait to stick our noses into it! Are you excited to read more of Veronica’s new work? Tell us below.

Insurgent opens in theaters on March 20. Purchase your tickets now.

Veronica just posted to her Tumblr account a video promoting YALLWEST 2015 in Santa Monica, and what got us so excited is that not only she posted a video, but the fact that’s she’s gonna be there!

You can check the official lineup here! YALLFEST will be in Santa Monica on April 11 and 12, 2015. 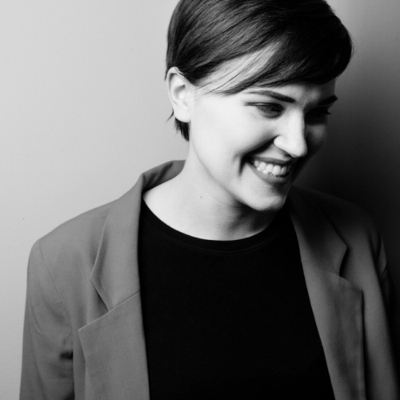 It has just been announced that Veronica Roth has a signed a new two book deal with Harper Collins.

Read the press release below:

In the untitled first novel of a highly anticipated duology in the vein of Star Wars,Veronica Roth explores—with poise and poignancy—the story of a boy who forms an unlikely alliance with an enemy. Both desperate to escape their oppressive lives, they help each other attain what they most desire: for one, redemption, and the other, revenge. Roth commented, “I’m really enjoying working on this new series. I can’t wait to share it with readers!”

“I am tremendously excited for Veronica Roth’s next project with HarperCollins,” saidSusan Katz, President of HarperCollins Children’s Books. “We are incredibly proud to publish the work of such a bright, young writer and are eager to embark on this next adventure in her extraordinary career.”

Katherine Tegen adds, “Veronica is one of the most talented authors I have ever worked with. Her brilliant prose captures the voice of a generation while appealing to readers of all ages. I am thrilled to be working with Veronica on this new series.”

The first of Veronica Roth’s upcoming young adult novels will publish in 2017, with the next novel to follow in 2018.

Check out what Veronica Roth had to say:

Roth and her publisher offered few specifics, beyond saying the series is in “the vein of ‘Star Wars'” and will tell of a boy’s “unlikely alliance” with an enemy.

“Both desperate to escape their oppressive lives, they help each other attain what they most desire: for one, redemption, and the other, revenge,” the publisher announced.

In a recent email to the AP, Roth wrote that “The idea started with a character. All the other elements — setting, world, even a substantial portion of the plot — came after.” She added that while she had a “pretty detailed” outline for the new series she was still in the early stages of writing.

“That’s why I’m being so vague,” she explained.

“I think I’d have to be a robot not to occasionally worry about expectations!” she wrote to the AP. “But mostly I try to trust my instincts. It helps that I’m really in love with this project — that makes it a joy to work on.

“I’ve been really taking my time with it,” she said of the new series. “I’ve written huge sections a certain way only to cut them and start again. I’ve stepped away for a while, to work on other things, and then come back when I have better perspective. I’ve been more patient with myself and with the story. I’ve expanded my collection of comfortable pants and snack foods. It’s all working quite well so far.”

Are you excited for the new Veronica Roth books?

Veronica Roth is going on tour. And guess what you can see her. The tour starts tomorrow in New York.

Will you be going to see Veronica Roth at any of the stops?

Insurgent hits theaters on March 20. But your tickets now.

Insurgent will be released in less than a month. Veronica Roth was able to screen Insurgent early. She has shared her reaction with us. Read her thoughts below:

A few weeks ago I flew out to Los Angeles, a mythical place where there are flowers…on trees…inFebruary. (What is this sorcery?!) And while I was there, I experienced another strange yet wonderful phenomenon: I saw Insurgent.

Guys, Insurgent is great— and fun to watch. It is a tense, action-packed adventure of a movie. At certain points, my muscles were so clenched I felt like I had just done a series of push-ups. When I left, I immediately wanted to go back in and see it again. (I still do!)

I know that some of you are probably apprehensive because as the trailers have revealed, there are a few clear differences between the book and the movie. I shared that apprehension walking into the screening room, but I walked out of the movie relieved—and excited. Insurgent, the book, has a complicated plot—a lot of moving parts, a lot of ups and downs. That sort of thing can work in a book, but if it’s translated directly to the screen, it makes for a messy, confusing movie. The changes that were made streamline the story so it makes sense for this new format; in other words, they work.

And more importantly, the characters—especially Tris, whose difficult emotional journey is really the driving force of Insurgent—are definitely the ones I know and love. Watching it, I felt so lucky that we had such a strong cast, who brought so much to every moment, and a great director, who added so much richness to the world while still keeping it familiar.

I can’t wait for you guys to see it, too!

Insurgent opens in theaters on March 20. Ticket are now on sale.

Veronica Roth will be hosting an event in Chicago along with Garth Nix.

INFORMATION:
Chicagoans! And near-Chicagoans! You should come see us! Here is the info:

How? Ticket information is here.

If you are not a Chicagoan or near-Chicagoan or just can’t make it out to see us, I have good news for you, too! The event will be livestreamed, and you can RSVP in advance/catch the event on October 20th here: http://www.epicreads.com/features/rothnix/ 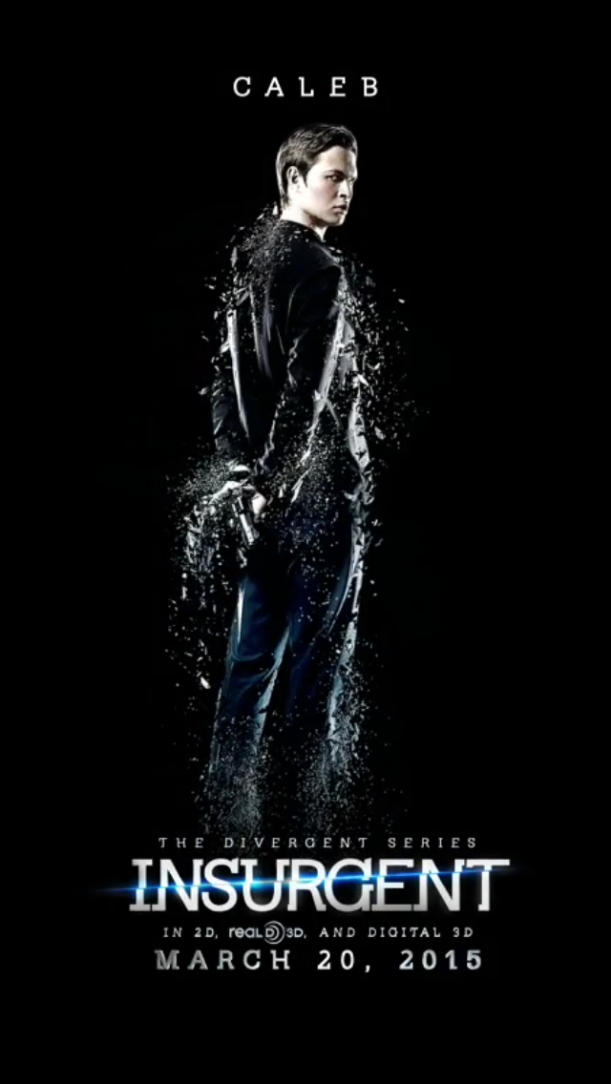