Divergent has made it to the Final Four round of MTV’s Movie brawl. It is up against Vampire Academy. 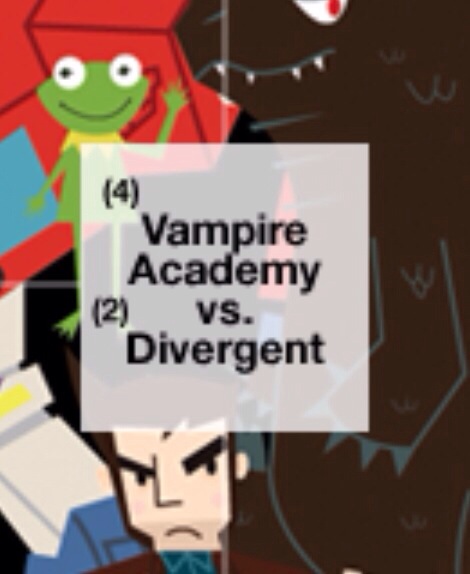 Let’s continue to vote so that DIVERGENT can make it to the last 2 rounds!

Here is the schedule for the last rounds of the movie brawl:

So because all of you Initiates showed your love Divergent has made it to the 3rd round of MTV’s Movie Brawl.

Be sure to vote as much as you can so that Divergent can win.

Thanks to you amazing Initiates, Divergent won their first round in MTV’s Movie Brawl against Jupiter Ascending.

Now Divergent has made it to round 2 up against Interstellar. 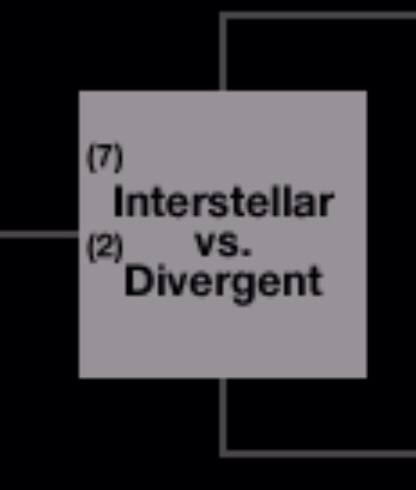 If Divergent wins this category it will be up against XMEN: Days of Future Past or Maps to the Stars in round 3

Be sure to vote as much as you can so that Divergent can win.

Initiates we need all of you guys help. Divergent is up for MTV’s Movie Brawl. They are up against Jupiter Asending. We have a little over 2 days to vote for Divergent to move to the next round to be up against Interstellar or Teenage Mutant Ninja Turtles.

Here is the schedule for the coming weeks for voting:

Head over to MTV MOVIE  BRAWL and vote as many times as you can for Divergent to make it to the next round.  Once you head over click the box that says Divergent vs Jupiter Ascending and of course vote for DIVERGENT. Once you’ve voted repeat it again so that Divergent can win.

CLICK HER E TO VOTE FOR DIVERGENT IN MTV;S MOVIE BRAWL

Let’s show everyone what us Initiates are made of and how much we love Divergent.