Theo James is currently shooting a film called London Fields alongside Amber Heard. The producer of the film Chris Hanley shared the photo on his twitter.

Check out the photo below:

Theo James costar Lee Charles shared a photo of the two of them on set of their film London Fields. 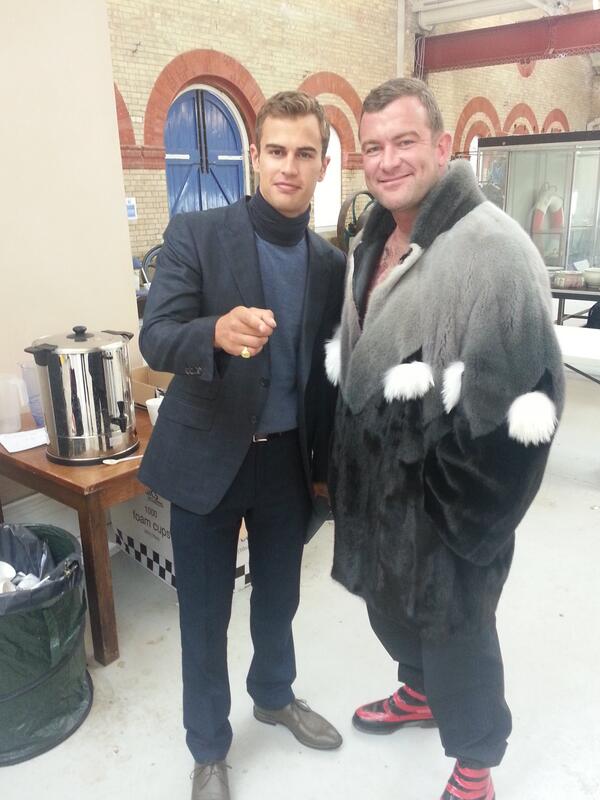 According to Deadline Theo James is set to star in the film adaptation of Martin Amis’ London Fields alongside Amber Heard and Billy Bob Thornton.

Synopsis: Mysterious and clairvoyant, she sets a plan in motion to fulfill the prophecy of her own murder. Caught up in Nicola’s plan are a terminally ill writer (Thornton), a lowly street hustler (Sturgess) and an unhappily married banker (James), who become intertwined in a love triangle that unfolds in the grimy underbelly of London. Samson convinces Nicola to let him document her manipulations in a book she says will be his literary masterpiece but only she knows who the tale will end and who her killer will be.

The film is produced by Chris Hanley of Muse Productions, Jordan Gertner of Hero Entertainment, and Geyer Kosinski of Media Talent Group. A co-production with Demarest Films, the film will be ready for release next year and IM Global is handling worldwide sales.