This week is Candor week so lots of interviews will be happening this week.  Our Caleb, Ansel Elgort, reveals to MTV’s Josh Horowitz how he got the part of Caleb. For fans that didn’t know Ansel also talks about how he auditioned to play Four.

Watch the interview below:

“I auditioned for Four,” he said, referring to the “Divergent” role played by Theo James. “We did a few takes and it wasn’t really working — it was okay, whatever — and [my friend] was like, ‘You should take a knife and hold it while you’re giving the speech.’ So I took a big kitchen knife, a big one, and I had the kitchen knife and I was holding it, playing with it, giving this speech as Four…”

He paused, and then laughed.

It’s OK, though: Elgort says that he’s thrilled to have landed the role of Caleb — “He’s a really interesting guy,” he mused — and furthermore, that he knew as soon as he saw Theo James in the role that the right man had won the part. Actually, he was so moved by James’ performance that he felt compelled to tell him so at the first possible opportunity, which came at, er, a not-so-opportune moment.

“This might’ve been awkward, but we were both in the bathroom standing at two urinals, and I looked over at him and was like, ‘Dude. You’re crushing it,'” Elgort said. “I was like, ‘I couldn’t get that quiet intensity, man. You’re perfect.’ “

“My first meeting with Shailene, she comes over and gives me a big hug,” Elgort recalled. “And I think I was taken by surprise a little bit, and I didn’t hug her back that much. And to this day, she tells me that she wasn’t sure she was going to like me because I didn’t hug her back.”

What do you think of our Caleb?

The final book in the Divergent trilogy, Allegiant has finally hit book stores. Veronica Roth sat down with MTV‘s Josh Horowitz to talk about the conclusion of the series.

Josh Horowitz also got a chance to talk to Veronica about Shailene Woodley and Theo James as Tris and Four: 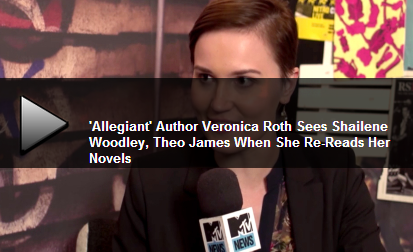 Veronica Roth has been doing tons of interviewd for the release of the final book in her Divergent trilogy, Allegiant.

MTV’s Josh Horowitz interviewed Veronica Roth about Allegiant. Josh just tweeted that this interview will have a bunch of spoilers. 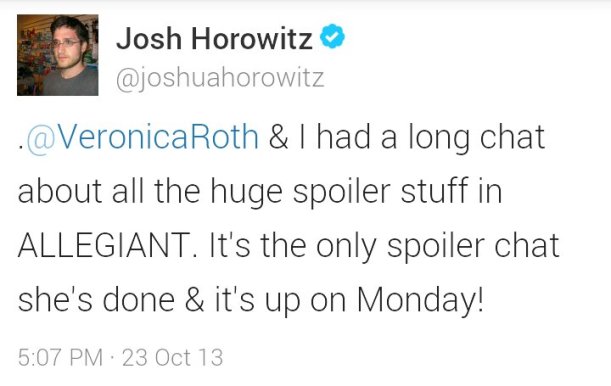 The interview will be posted on MTV.com on Monday so stay tuned.

Theo James and Miles Teller just finished an interview with Josh Horowitz on MTV’s All Access. Below is the video and a tweet roundup of the interview.

You can also watch the video over at Daily Motion.

Theo James and Miles Teller are now on Initiates! http://t.co/jvRnnlDXdL

Theo says the Four vibe is friendly but sexual. Miles says its in the eyes

Miles says they won’t let us fans down!

Theo says Shai is very individual as a person and a strong sense of identity.

They are talking about Miles amazing work in The Spectacular Now

Miles Teller says he would love to be in Fantastic Four and auditioned for Han solo!

Theo and Miles would rather jump off of a train

Miles does a bit of a British accent. lol it’s not great

Miles says that Peter’s actions are justified and that he is misunderstood.

Miles jokes that he is excited to perform at the VMAs. He says the Divergent musical is coming along.

Miles Teller just revealed that Justin Timberlake is performing at the VMA’s!

That interview with Miles and Theo was so hilarious! They are too much

Here are a few screenshots from the interview: 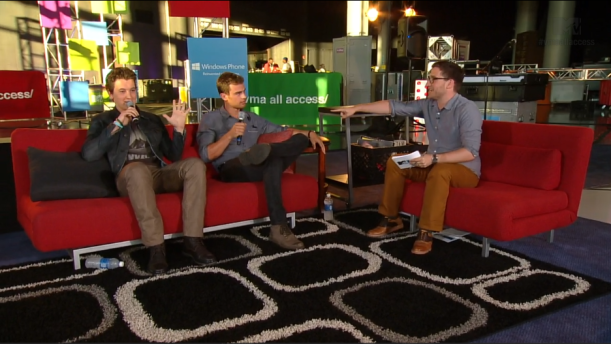 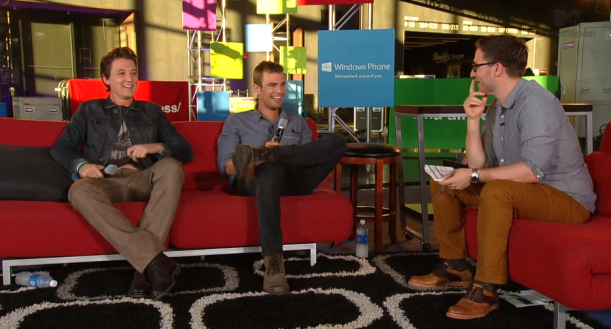 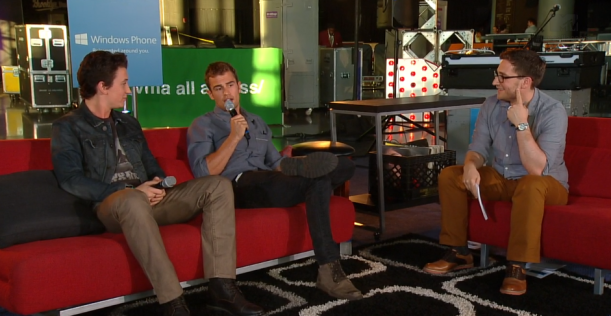 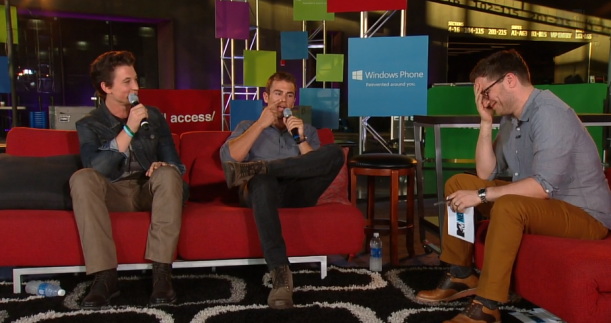 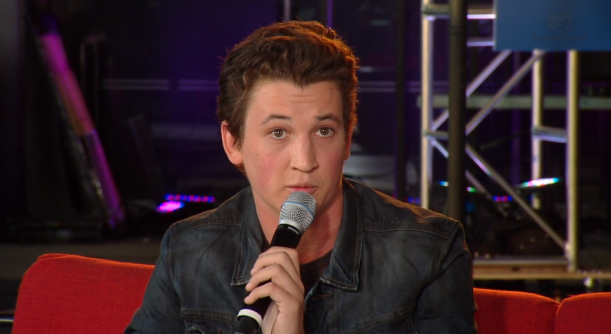 Initiates remember to tune it to the VMAs Pre-Show at 8pm ET on MTV!

Our Four and Peter, Theo James and Miles Teller will be joining Josh Horowitz on MTV.com’s ALL-ACCESS this Saturday at 6-7PM.

To view the stream starting at 6pm ET click this link http://m.mtv.com/ontv/vma/watch-vma-live-stream/ for Initiates outside of the US you can watch it here http://t.co/VbHOFPeIba

If you have any questions for the Divergent cast and crew send them to Josh.