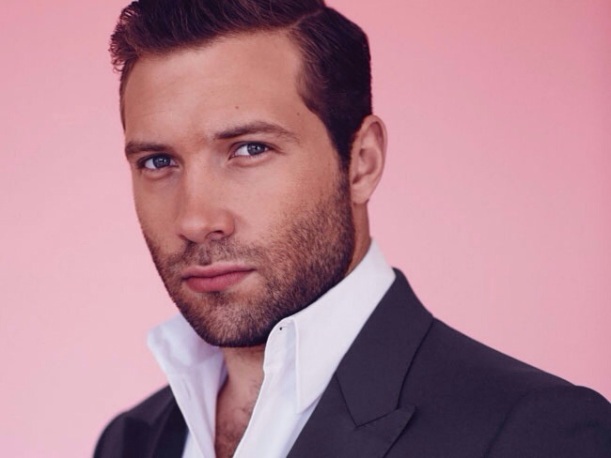 Our Eric, Jai Courtney, is one of GQ Australia’s Men of the Year for the year of 2013.

A local lad who came from nowhere to storm Hollywood, he swapped bar work for blockbusters alongside luminaries known by their first names. Best yet, the sudden Ascension hasn’t changed him.
A few years before his big break opposite Tom Cruise, Jai Courtney had his own Cocktail moment. “After acting school, I talked my way into a job at a busy Sydney bar. I was petrified – I’d never bartended and knew nothing about mixing drinks. Being so nervous I didn’t dare touch any booze, just had a few pieces of cake at a friend’s birthday before my first shift. As I’m reaching for my third slice, my mate says, ‘Hey big fella, you want to take it easy on that – it’s full of hashish.’”
Whether he remembers it or not, Courtney became a star that night. “Oh, I came up with some incredible creations,” he laughs. “I wish now Tom and I had broken out the Bostons and mixed it up on the set of Jack Reacher. Tom’s a sharp cat, but man, I could have taught him a thing or two.”
It’d make a nice change from people asking Courtney what Cruise and Bruce Willis – whom he starred opposite in A Good Day to Die Hard – had taught the 27-year-old.
“Tom and Bruce lead by example,” he says, “and there’s technical skills and life wisdom they’ve learnt over the years that contribute to what they craft on screen. Learning lines, hitting marks, training for and then performing stunts, that’s all part of it.  But there’s so much more going on behind the camera than in front of it and knowing how that machine ticks can change how you act for – and even watch – films.”
Such depth of awareness in one so young says a lot about why Jai Alexander Courtney’s star is soaring. Only a few years ago the hulking lad from Cherrybrook, north of Sydney, was working the backroom of a butcher by day and cocktail bar by night. Now he’s got two blockbusters to his name, three big films set for release and another three to shoot in 2014.
The most secret of those projects is The Water Diviner – the directorial debut of Russell Crowe – for which Courtney is now rehearsing in Sydney. “It’s a compelling father-son story set in Gallipoli – but not really a war film,” he says. “The script is close to my heart and I trust Russell’s vision… although I’m going to be on horseback and it’s been 20 years out of the saddle for me, so I’ll have to study hard.”
That won’t be a problem. Courtney is a legend among his Western Australian Academy of Performing Arts (WAAPA) alumni for learning Chekhov’s Three Sisters in less than 24 hours when the male lead fell ill. He didn’t drop a line and owned the three-hour show. For Die Hard he learnt Russian, for Reacher it was stunt driving and for the upcoming I, Frankenstein it was fight choreography. “I’m not particularly passionate about fast cars or automatic weapons,” he says, “but if it’s true to my character then rad. For me, acting is about believability.”
While much of Courtney’s success has been muscle-powered, he’ll soon reveal a softer side. Felony, directed by Aussie Matthew Saville from a Joel Edgerton script, has him playing a cop investigating a colleague over a hit-and-run. “Aside from some guest TV stuff and theatre I hadn’t really worked at home, even though I’d been itching to. So when I read the screenplay for Felony, I was so determined to be part of it. And what a fantastic experience it was – without doubt my favourite film to have shot to date.”