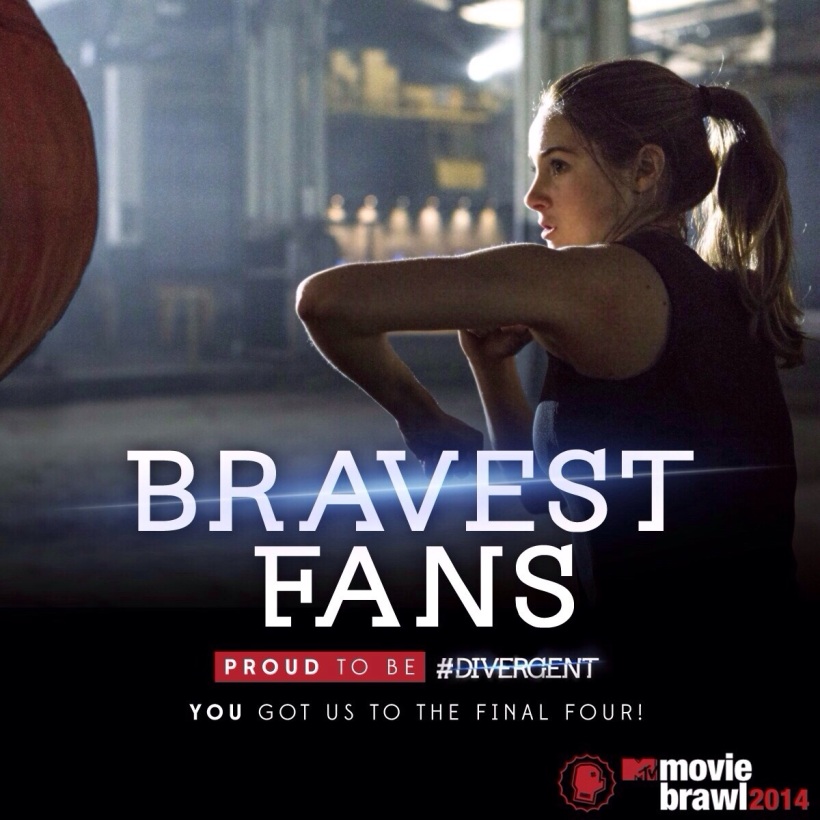 Divergent has made it to the Final Four round of MTV’s Movie brawl. It is up against Vampire Academy.

Let’s continue to vote so that DIVERGENT can make it to the last 2 rounds!

Here is the schedule for the last rounds of the movie brawl:

2 thoughts on “Vote for DIVERGENT in the Final Four Round of MTV’s Movie Brawl!”