Our Al, Christian Madsen filmed a TV spot with the Chicago Blackhawks for BMO Harris Bank. The commercial is slated to air during Blackhawk games this fall. 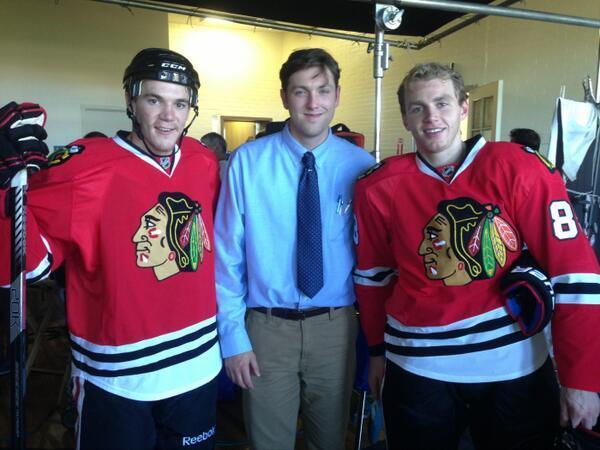 Christian Madsen went from watching the Blackhawks play at the United Center while in Chicago filming the futuristic sci-fi flick “Divergent” over the summer to appearing in a commercial with them for BMO Harris Bank.