Divergent is featured in a new article on the LA Times website where they discuss strong female leads. The article also talks about Clary Fray from The Mortal Instruments, Katniss Everdeen from The Hunger Games and Petra from Ender’s Game. Shailene Woodley talks women advocates. 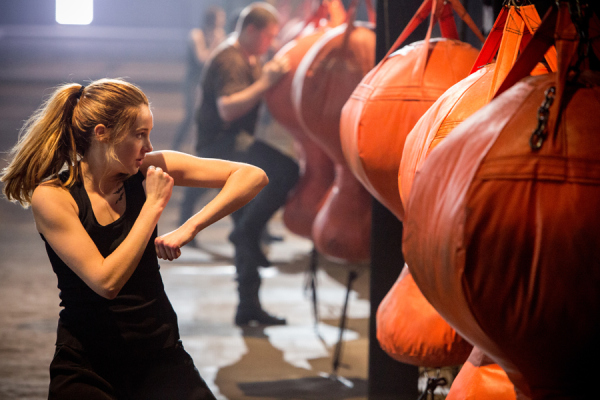 “I’m a very strong advocate of taking charge and being a wild woman,” said Shailene Woodley, who stars in next year’s “Divergent.” Set in a dystopian future Chicago, Veronica Roth’s series of novels center on a world where teens are herded together based on specific skills and attributes — when 16-year-old Beatrice Prior finds herself gifted in multiple areas, she’s labeled as an outcast, one who finds herself in a position to affect the future of humanity.

“I think it’s really profound that right now there are so many opportunities in film that depict young women as strong, courageous and taking care of themselves,” said Woodley, who will play Beatrice in the Neil Burger-directed film.

“You can relate this to a lot of cultures today where women aren’t allowed to speak their minds,” said Woodley, calling from the “Divergent” set, weeks before production was set to wrap. “It doesn’t seem like a reality for someone growing up in the U.S., but even in our world there are so many boundaries of what women can and can’t do.”

If you want to read the full article click here.