Yesterday was a very huge day for the Divergent fandom. There were so many great things that we saw. From Veronica Roth sharing a photo of Shailene Woodley (Tris Prior) and Ansel Elgort (Caleb Prior) to videos of the Dauntless Initiation to photos of the Faction costumes. I have gathered everything and put it in a huge post for you to view at one time.

First up Producer John J Kelly shared a picture of him with Veronica Roth and other producer Rachel Shane:

We also got two videos taken by a fan in his hotel room. The first video is a look at the Dauntless Initiation scene where they are running to catch the train. The second video is of the extras. They seem to be wearing Amity, Erudite and Candor costumes. The videos were shared by Pat O’Brien.

Extras in Amity, Erudite and Candor and costumes video:

HQ photos of the Erudite and Candor extras by Andrew Coffey:

The lovely Veronica Roth shared her day on the Divergent set in photos on her Tumblr: 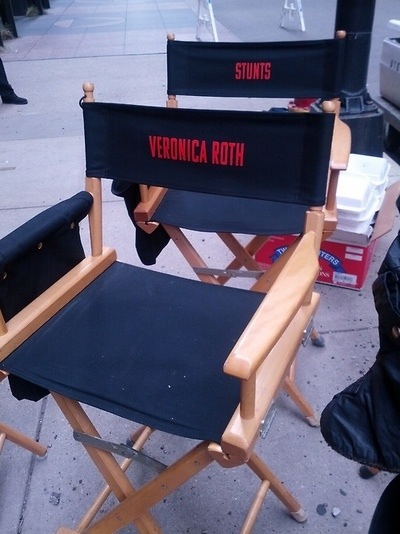 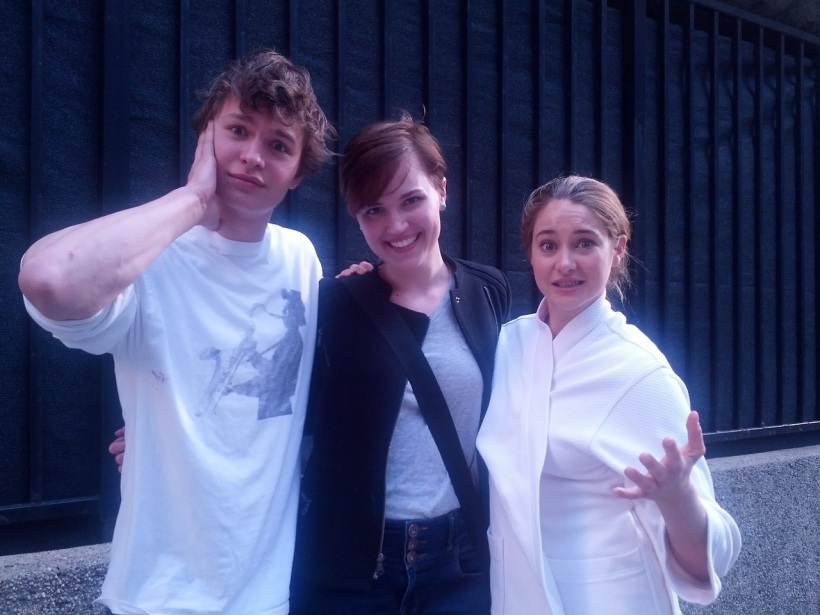 me and the Prior children

as always, Chicago is beautiful

Lastly another video by FilmSpyESHG. The video gives us a closer look at the Dauntless Initiates running for the train. You can even see a Initiates/stuntman jump up to get on the train and hear them yelling. My guess is this is the scene where they run out of the Choosing Ceremony. 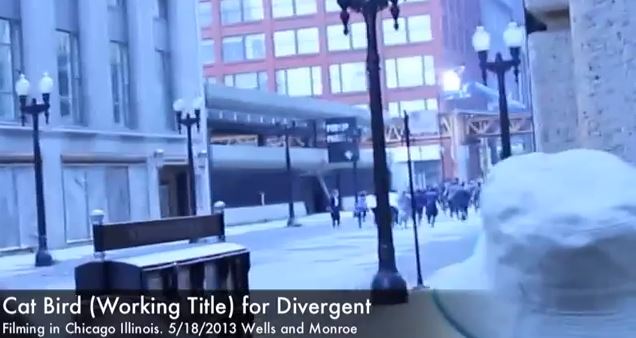 I don’t know about you guys, but seeing all of these things has made me even more excited to the movie on March 21st.